Debt Relief Information, Tools and Options. The only financial resource you’ll ever need to manage and beat your debt. Call (212) 461-3272 or Contact a Debt Consultant for more information.

I’m Angela and I’m a social worker from North Carolina. I work with older people and everyday I see and speak with people who have lost everything when they have gotten sick or injured. I never thought it would happen to me. I’m taking the time to write this letter since I’m saving about $13,000 while repaying my credit card debt, thanks to Beat Debt Info.

In December of 2012 I had a well-paying temporary job, a nearly 700 credit rating, and everything seemed great and getting better. I had just finished paying-off my student loans and there were lots of hours at work. I bought a new car and moved into a nicer apartment. Then some friends and I went skiing over the holiday and I broke my leg very badly. I eventually lost my job and I didn’t yet have medical insurance as a per diem worker.It took me nearly a year before I could really walk and get around without serious pain.

Now a year later and it’s Christmas-time again. Even though I’m healthy again, I’m on the verge of tears because I couldn’t afford to pay my bills… much less buy presents for my family. And then my car gets repossessed. I’d been living on my credit cards for a year and racking up more and more debt every-month. My credit rating was dropping fast and the unexpected medical expenses, and the time without working depleted my savings. A lawyer that was really just a collection agency started pestering me. The car loan people were getting very nasty and attacked me personally on the phone, and demanded that I continue to pay for a car that someone else was probably driving. I tried hard to pay my rent and my other bills on time. As a result I found myself owing $22,730 on a FIA credit card debt, and at more than a 17% interest rate.

After buying food, I was making minimum payments when I could. But I couldn’t borrow any more money to pay off my credit card. I was working again, which was good. But by now I was already so far behind that I was getting collection calls every-week. I really thought that bankruptcy was my only way out. I went online to learn about bankruptcy protection, and instead I found information, tools and professional options for debt relief. I found what was for me a much better solution, Eddie and the team at Beat Debt Info.

I was depressed, angry and fed up with collectors. I went online looking for information and I read about debt consolidation and negotiated settlements on the beatdebt.info website. I downloaded the free budget planner template. I figured the interest and the time to repay my FIA card on the debt free calculator.

I realized right away that I was sinking financially and wasting what money I did have. I was never going to get out of debt without some help from someone, somewhere. Eddie answered the call and pointed me to free information and tools. When he suggested that I might qualify for help with a debt settlement negotiated at a much-lower repayment amount, I was very interested - but I wasn’t ready to consider settlement yet.  He answered all of my questions and never pressured me. He told me that he couldn’t promise anything but said he believed he could cut the amount of money it would take to repay my debt by at least half. And that I could have it all paid off in a couple of years.

I was worried about my credit rating, which was already at risk. Eddie showed me proof that there were new changes this year to the FICO credit rating system. And that these changes would help me restore my credit rating because medical bills and debt settlement were no longer considered a negative,  as long as the debt was repaid.

It took me another three-months of worry and collection calls before I called Eddie back and joined the debt settlement program. It took him and his legal team less time than that to reach my settlement with FIA. I trusted him to fight for me, and he did everything he said he would and more. And by “more”, I mean “less actual money that I have to repay”.

Thank you Eddie, you did really great work for me. I’m taking ALL of your advice on financial planning for the future and staying on top of my budget. I learned a lot from you guys. But I’m still going skiing this winter!  -Angela B. The beatdebt.info credit counseling team can advise you on debt relief options and recommend proven self-help strategies for managing your money and resolving debts. Call (212) 461-3272 to request a free initial consultation to determine eligibility for debt consolidation and debt settlement programs. 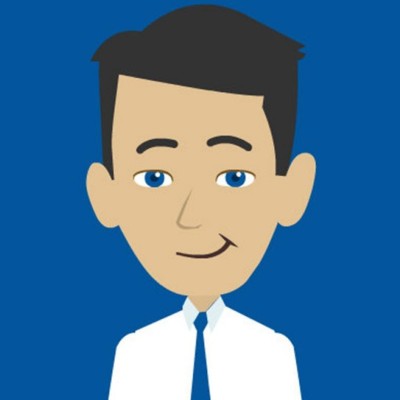